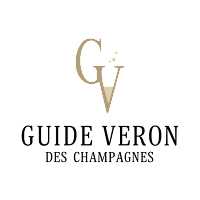 ·        Intense and complex.
·        Initially marked by nice ripe red and black fruits (cherry, blackcurrant, blackberry and raspberry), coupled with subtle spices, signatures of the Pinot Noir (50%).
·        The bouquet is then slowly unveiled with touching scents of citrus fruits, apricot and raisin and white flowers, underlined by a mentholated breath, thanks to the Chardonnay (50%).
·        Later, the maturity of the cuvée is unveiled at last, with sensual fragrances of honey and gingerbread, barely toasted, results of 4 years of ageing on laths of the bottles, with autolysis of the prise de mousse yeasts.

·        Classy attack, thanks to the selection of the first juices (cuvée) during the pressing of the grapes, enhanced by a vibrant minerality and a gentle effervescence.
·        The mouth is then revealed balanced and deep, expressions of the old vines (50 years old on average) of Les Mesneux and Sacy, on which the grapes were harvested by hand in 2011 (mostly), 2010 and 2009.
·        Tasty finish, coupled with a touch of spices.
·        Great length on the palate.

With this cuvée Brut Prestige, Olivier Jacquinet, its producer, offers us a high-level traditionally blended Champagne, fruit of a controlled expertise.

To taste from aperitif to meal, to accompany a pork medaillon with honey and basmati rice, for example.

Established in Les Mesneux since 1935, the Champagne House Jacquinet-Dumez is now led by the third generation of wine growers. A vineyard of 7 hectares exclusively located in the Premiers Crus of Les Mesneux, Sacy, Ecueil and Villedommange, in the Mountain of Reims, composed of plots of old vines (40 years old on average) cultivated with a real desire to reduce the environmental footprint, and a careful oenology, allow the production of around 70,000 bottles of quality Champagnes per year.